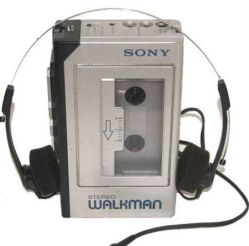 Earlier this spring the ever-lovely lady & author Shehanne Moore set me to the “Music that Means Something” Challenge: five pieces of music with meaning to be shared over five days.

Well of course I never got to my computer in time to fulfill the challenge properly, and her own choices gave such lovely visits to her family that I couldn’t help thinking on the music of my own childhood. Plus, when I think of music from those days, I can’t help but think about Dad.

Those who knew Dad strictly as a pastor tended to assume he only listened to choirs or Christian contemporary. While he willingly listened to such things during Lent or Christmas, he rarely had them on just because. I mean, come on–St. Olaf’s choir is nice and all, but they ain’t Pink Floyd.

Yet I can’t share Pink Floyd. Oh no. I gotta share the music I hated when it was on: Renaissance.

According to my kid-self, the singer’s voice drove me nuts. The lyrics made no sense. You couldn’t day-dream anything exciting going on with the music. And worst of all, these songs go on forever. The video I found to share here was one of the short ones, and it’s FORTY-FIVE MINUTES.

But Dad just loved this stuff. Peer into his study any given night. Greek and Hebrew texts are flopped open and piled on one another with Post-It confetti. The Fourth Doctor Who stares frog-eyed from the calendar. Three cans of flat cherry Coke all on the verge of spilling on Minor Prophets. And Renaissance, because of course Renaissance, whines on that big relic of a boombox while he clacks away on the old IBM. There was no escaping it, not even on the road, thanks to that ancient 1980s wonder known as The Mixed Tape. Imagine being eight and on a road trip for twelve hours, knowing there were tapes of John Williams and James Horner soundtracks locked away like the Ark of the Convenant beneath the passenger seat, while this was on, and on, and on:

No wonder my brothers and mom slept for hours while Dad drove. Meanwhile, wee me in the way back of the van struggled to read, or just stare out the window. But sometimes, I would catch Dad’s eye. He’d smile, or start dramatically lip-singing. I can still remember the way his eyes would twinkle, like a goodbye, just before he turned his focus back to the road.

I was so very, very tempted to go with James Horner for this list, as his Star Trek scores were thankfully played during road trips, too, but I’d rather dedicate a post to Horner later. Besides, there’s another composer who had a huge impact on me.

My elder brother was an avid reader of books by Tom Clancy, so when a movie version came out, he and Dad would usually see it. The Hunt for Red October was such a hit with both of them that Dad invested in the CD. (Buying a new CD was a pretty big deal with three kids and a shoe-string budget.) I made my own cassette copy for the portable cassette player I earned with Kool-Aid points and made myself deaf with a Russian choir whenever that Renaissance tape ka-chunked into the player. It was the first time I heard a choir singing something not-religious with so much power. There was height, and depth, and terror, and joy, all in the first minute of the first song. Basil Poledouris’ score has a few slow moments, but the thrills elsewhere more than make up for them.

When my kid brother was old enough to inherit the relic boombox, he took to rooting through Dad’s CDs for music. Unlike me, who only took from Dad’s movie soundtracks, he took to the rock…sort of. Look, I just don’t know if this Alan Parsons Project song qualifies as “rock,” or even progressive rock. YouTube users say it’s “underrated.” All I know is that one night a twelve-year-old boy tossed aside his algebra and performed a lip-sync and dance routine with his desk chair to this song that could never, ever be repeated in any universe ever again, and I was the only witness.

Mom listened to these various genres with the patience only a mother can have. Some of it was to her taste, some not–she never really complained. As a kid I didn’t get it, but gosh do I ever now. I’ve let the kids have the most irritating songs on repeat for ages, just because it kept them laughing and/or quiet. This “song” was on repeat for an hour once. No joke.

So apart from some particular Christmas songs, I don’t have many childhood connections between music and my mom.

Beauty and the Beast, though, was a game-changer. My mother adored this movie, and I’ll admit, it’s one of the few animated Disney films I genuinely enjoy. Knowing how much Mom loved the story, Dad splurged when the broadway musical came to Chicago and got the whole family tickets. Mom HATES big cities, but seeing Chicago lit up for Christmas and this story performed live? Worth it.

For this list, though, I’m not picking any of the musical numbers. Those songs are okay, but they weren’t what hitched me to this story, even as a kid. Nope. It was the very first sequence, the prologue. The hushed piano and strings, like fairies flittering just out of sight. That first shot of the lush woods, the hidden castle, and those windows! Again, I grew up with stained glass being just for God. To see it tell other stories just as beautifully stayed with me ever after, even coming into my own writing.

One more song to go. (That Weird Al snippet does NOT count. It’s not a real song.)

When I met Bo, my music knowledge was, um, limited. I had my movie soundtracks, and some Christian contemporary from my years working at the Christian bookstore, and that was about it…well, and Monty Python. And The Firesign Theater.

Bo’s mother died of cancer when he was in college; that same year his girlfriend of over a year dumped him. He was currently studying for the ministry, but no longer felt like God wanted him there, or anywhere. The only thing that seemed to connect to him was, of all things, Quadrophenia, a rock opera by The Who. He even wrote to Pete Townshend, thanking him for the music and how it helped him through this point of life.

This was one of the first albums Bo shared with me: the narrative gripped and still hasn’t let go. The melodies hit hard, every damn one. The sounds of the sea are such a perfect touch. I loved this album so much that it became the core support of one of my protagonists. I could not write the story without those songs. But what if by some miracle of God I publish? It’s not like I could refer to these songs without Townshend’s permission.

Unless…I write to him for permission. There. Done.

Nah, he’ll never write back. What’s he going to care about some random American writing a story?

Totally forgot about it. Putzed with the story some more, finally discovering the key problem with its voice. Started reworking it.

An email a few months later from Pete Townshend’s rep: show us where the songs are used, please.

Because of course, I was barely one act into my rewrite. Bo calmed me down, got me thinking about the specific scenes I knew Quad came into play. Fucking blitzed through those and sent them back in tears, because they were shit, of course they were, and now there would be no hope for this WIP at all.

An email one week later.

Peter Townshend of The Who approves.

The shock of that moment still ripples into my present. 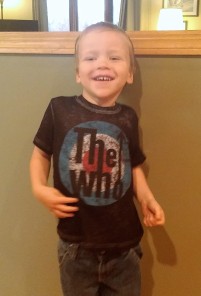 efore this, when my WIP was barely a WIP, Blondie barely a toddler, and the boys barely done with colic, we learned Bash had acid reflux. If we kept him upright a little while after the last feeding of the night, he–and therefore we–had a better chance of sleeping all night. To fill that time between stories, feeding, and bed-tuckings, Bo started putting on music videos. Sometimes it was Peter Gabriel, sometimes Genesis, sometimes ZZ Top, and sometimes The Who. It took some ninja-skills with the mute button to hide the occasional”fuck” and such, but The Who’s live concert at the Royal Albert Hall quickly became a huge favorite with all three. As the boys grew bigger, Biff took to playing guitar on his blanket complete with Townshend’s signature windmill move. Bash still insists on wearing one of  our three The Who shirts every day. Heaven help me the day he outgrows them.

Music always has and always will contain a piece of the divine to me. I’m not just talking about religious music, which, yes, the right hymn brings me to tears and stirs the faith into something tangible. But the right song at the right time always transcends me. I can feel the lift, the change inside. I know when hope blossoms again. I no longer cringe from the world. I want to move forward. I want to try, to do.

be you, be great

Bond on the Box