Memorial Day weekend in a North Woods cabin: restful, right? Lots of time to write surrounded by nature and all its spring glory, riiiight?

Well when one spends a long, rainy weekend with in-laws and three hyper-active children in a space roughly the size of a one-bedroom apartment, “restful” does not come to mind.

Thankfully, parenthood has given me the ability to read despite screams and comfy animal battles about my legs and thrown cars and training potties full of urine positioned in dangerous places upon the floor, so I decided to allow myself some time with a couple mysteries Bo gave me at Christmas: 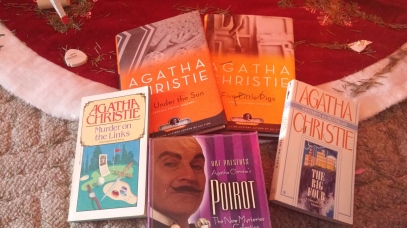 At the outset, the titles didn’t strike me as anything unusual. Christie’s titles always connected to the story, so I was sure that when I opened up The Big Four, I would indeed be reading about a group called The Big Four. Sure enough: the antagonist of the story was a crime syndicate run by a group of bosses known as The Big Four. Poirot saves the planet, everything is awesome, I got to read an entire book in one day, which I hadn’t done in ages. Could I get through another book before the weekend was out?

I began Murder on the Links with high eagerness. I wasn’t planning on doing a close study of these books for this blog–I wanted to read for fun. (Crazy concept, I know.)

But the more I read, a question began to niggle my inner writer. Something felt off about this story. Oh, the plot read plausibly with a strong balance of clues and red herrings. The dialogue was so-so, but not nearly so heavy-handed as Poirot’s Christmas. What the hoobajoob was wrong here?

I closed the mystery, completed, and saw it: the title.

One look at the title, and one expects golf to play a major role in the story. After all, the Nile was quite the set piece in Death on the Nile.  Murder in Mesopotamia was as exotic as it sounds. The train doesn’t just fade into the background in Murder on the Orient Express. Murder is definitely committed under the sun; ergo, the title Evil Under the Sun.

Bo noticed my scrunched face as I glared at the golf course on the cover. “What’s wrong?” I explained my niggle. “Well, did the murder happen on the golf course?”

“So what’s the problem?” 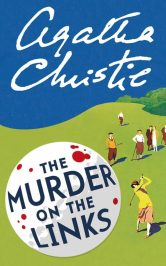 And that was the thing, I guess, that really got to me: technically, the title fit. The murder itself occurred on land being turned into a golf course. Christie didn’t fib. Murder did indeed happen on the links.

But with the other stories I mentioned, the place was more than just a location. Whatever was mentioned in the title carried influence into the story, be it through the culture, method of crime, strategies of investigation, etc. I thought back to other stories I’ve covered in my “Lessons Learned” posts and their titles–were any lame titles in those?

Howl’s Moving Castle: Heroine Sophie is cursed and seeks help from the Wizard Howl. His castle moves because of a curse between Howl and a fire demon that Sophie promises to break. So, pretty important.

Charmed Life: Cat Chant and his elder sister Gwendolyn are taken on by the great sorcerer Chrestomanci to learn more about magic. There’s more magic in Cat than he realizes, which is finally revealed with his sister’s villainy. By book’s end Cat is destined to be the next Chrestomanci. That’s about as charmed a life as you can get.

Five Little Pigs: Poirot sets out to solve a murder committed 16 years ago. He considers the five living suspects like the five little pigs; the rhyme comes up every time he meets another suspect.

The Name of the Rose: I admit, I had to read a bit more into this one. I knew there was some sort of connection with language, since the mystery fixates upon the danger of language and ideas.  How fitting, then, that Eco found a poem reflecting that a thing destroyed is preserved in its name. I found Eco’s own explanation for the title: 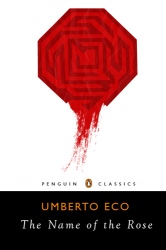 — meaning that in this imperfect world, the only imperishable things are ideas.

“Since the publication of The Name of the Rose I have received a number of letters from readers who want to know the meaning of the final Latin hexameter, and why this hexameter inspired the book’s title. I answer that the verse is from De contemptu mundi by Bernard of Morlay, a twelfth-century Benedictine, whose poem is a variation on the “ubi sunt” theme (most familiar in Villon’s later “Mais ou sont les neiges d’antan”). But to the usual topos (the great of yesteryear, the once-famous cities, the lovely princesses: everything disappears into the void), Bernard adds that all these departed things leave (only, or at least) pure names behind them. I remember that Abelard used the example of the sentence “Nulla rosa est” to demonstrate how language can speak of both the nonexistent and the destroyed. And having said this, I leave the reader to arrive at his own conclusions.”

With Murder on the Links, however, golf had absolutely nothing to do with the crime. The setting bore no real influence upon the clues, the body, or even how characters moved about the scene of the crime. The course is where the murder just so happened to, well, happen. It could have been on the grounds of the mansion or in the ditch of the freeway–it would have made no difference.

Perhaps that, more than the title, was what bothered me. Or it was because the title gave importance to something that carried none–a red herring from the off.

I remember feeling annoyed like this once before with Louise Erdrich, an amazing American author whose award-winning novel Love Medicine was my one reading joy from those years in graduate school. It was a family drama spanning years–not normally my thing at all, but her portrayals of the Native American life and landscape gripped me from the start. I read more of her work after school, but stopped with Beet Queen. Why? 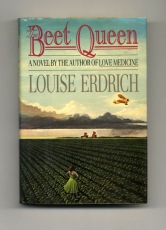 Because this Beet Queen chick didn’t show up until the last few pages, dammit!

Now granted, I can see now that wasn’t entirely true. The character who grows up to become the Beet Queen–the beauty queen of the town–is born halfway through the book, and the first half of the book is about the family into which she’s born–that’s typical Erdrich. At the time, I couldn’t understand why the title fixated upon that final moment, that social title bought by the girl’s family so that she could feel special at last. Now I can see that the title embodied the desperation of the family to do what it could for the love of this girl, to make her socially acceptable, to make her happy…and how this girl, a rather selfish brat, held it all in contempt. Family drama, spanning generations. The title fit.

Murder on the Links, a fine mystery, has a title that pays heed to the least important aspect of the crime. I suppose being bludgeoned by a five iron or discovering a collection of heads in a caddy’s locker would have all been a bit much, but it’s nice to see titles that connect on more than just a technical level.

What of your title? Does it embody the struggle, the hero, the villain? Does it give a wink and a nudge towards a special clue to reveal the truth? Or does it just hang there, stating its purpose and nothing more? After all, some stories have made such titles work brilliantly for them: The Lego Movie, The Peanuts Movie, The Care Bears Movie, The Lego Batman Movie. But notice how all these titles are a)geared for children using b)easily identifiable toys/characters OF their childhood for c)a visual presentation. Kids know they get to watch Legos, Snoopy, and so on. That’s all they want.

But in stories to be read, we want titles that grip and hold. Don’t warp that grip into a bait-and-switch. What influences the characters? What place affects the plot? What taunts your hero from afar, that if he could just push himself a little bit more, he can touch it, taste it, know it? Your answers hold the key to a title of relevance, spirit, and strength.

32 thoughts on “Lessons Learned from Agatha Christie: How Much Stock Should One Put Into a Title?”

There's always room for one more...

I love to write about everything. Writing relaxes me.

The noble sport of writing

Thoughts from a small rock out in space by Syd Weedon

Life is a bubble, Make it as delusional as possible!

Happiness Between Tails by da-AL