An Indian Summer gripped Wisconsin for far too long this September. Mosquitos rejoiced, trees clutched their green leaves. It was even hot enough to go to the beach for my mother’s birthday. But no heat wave would thwart me this year. I would have my fall foliage pictures no matter what Mother Nature said, dammit!

So when Bo suggested getting one more weekend at the family cabin up north, I gave an emphatic “YES!” Trees galore, beautiful lake, a well-timed cold-snap. Awesome, right? 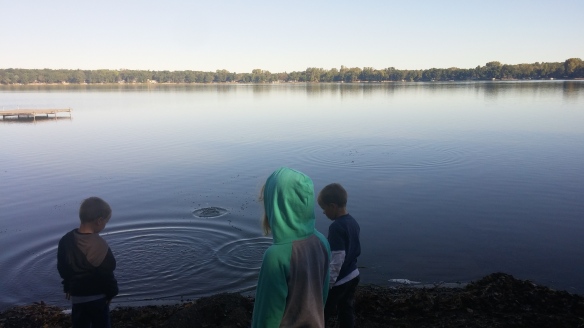 But there was no denying the joy of a lakeshore littered by wee rocks. Bo and Blondie worked on skipping stones. Biff and Bash enjoyed their “fireworks”–aka, throwing clumps of sand into the air over the water.

Bo knew I was disappointed. “Did you want take pictures of the fish hatchery for your blog?”

The weekend over, we stopped at a nearby town for gas, coffee, and a playground before heading home. We passed something we pass so often when visiting this town, and an idea hit me:

“Can you handle the kids at the park for a little while?”

“I want to take some pictures.”

Many immigrants of German descent came to Wisconsin, which is why this state had such a large number of breweries for a while. Unlike the others, however, the Tiger Brewery has never been torn down, even though it’s been out of use since the 1930s. 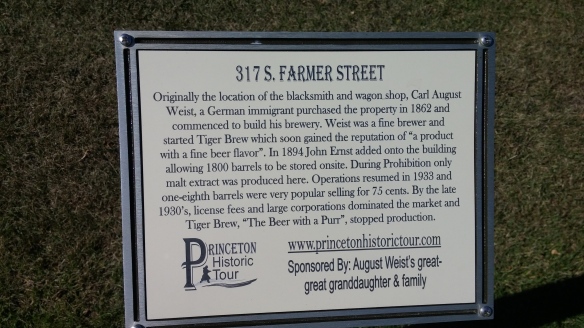 It’s not for public entry. It’s not a museum. It’s just…a monument? That requires power lines, and blinds in the windows?

I take care with my camera when I near the occupied house next to the brewery. Perhaps they’re the caretakers, or neighbors who loathe snoopers.

But I can’t help but wonder about this place. It’s not falling apart, it’s not technically in use. In this town, it doesn’t seem to be anything. Why leave it alone? Why not enter it, and invite others to do the same? What’s in there people can’t look at? What’s hiding in there? What is this town protecting? Even the apples hang forgotten, rotten, from its trees. 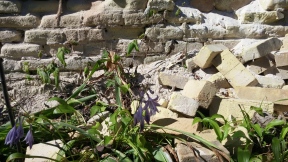 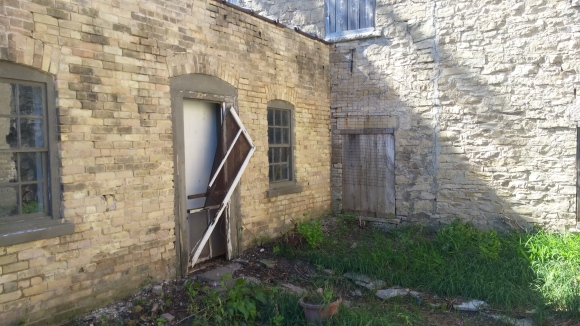 One window board upon the tower flaps open. Bet there’s a stairwell in there to the top, and even to the underground. Deep, deep into the earth, beneath the river running behind this ignored place, deeper still where another forgotten world awaits, where eyes blink in darkness and long nails dig through stone, hunting…

Perhaps your own town has a similar street, where life hums at sunrise and sunset, but is otherwise left to a breezy quiet. What hides among the normal? What is the price this world pays to ignore its presence? What…where…when…who…why, why, why….These questions fly by us as leaves caught up in the wind.

Give chase, and don’t look back.

42 thoughts on “Where Some See Ignored #History, #Writers See The Beginnings of New #Fiction.”