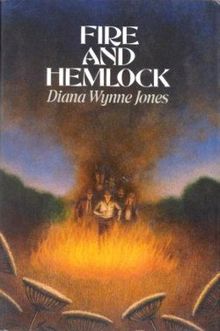 “Isn’t this supposed to be a fantasy?” My friend thumbs the book’s pages as a frown spreads across her face. “I mean, it’s good, kinda, but there isn’t much, you know, different, in it.”

Blasphemy! I think. But I know what she means. There’s no spectacle about Diana Wynne Jones’ Fire and Hemlock. It’s a damn good fantasy, but it’s subtle with that fantasy. It’s not one of those sweeping epics with sky-burning battles of global proportions, powers that can wrinkle time and send us in one earth and out another, or characters filled with magic up to their eyeballs.

Now don’t get me wrong: these can be good fantasies. Heck, I’m in the midst of editing one for publication right now. However, a common trouble with such spectacular epics is that the character doesn’t often move the story along. We’re not reading for the characters so much as for the battle, the quest, the romance, etc. When the story zooms from the epic-ness to the characters and lets them dictate the story, we have a much more personal perspective, but we then we don’t sweep the epic.

I’d like to focus on Fire and Hemlock‘s beginning to make this point. Let’s take a classic like Alice in Wonderland for comparison. Alice enters Wonderland because she follows a White Rabbit in a waistcoat down its rabbit-hole:

There was nothing so very remarkable in that; nor did Alice think it so very much out of the way to hear the Rabbit say to itself, `Oh dear! Oh dear! I shall be late!’ (when she thought it over afterwards, it occurred to her that she ought to have wondered at this, but at the time it all seemed quite natural); but when the Rabbit actually took a watch out of its waistcoat–pocket, and looked at it, and then hurried on, Alice started to her feet, for it flashed across her mind that she had never before seen a rabbit with either a waistcoat-pocket, or a watch to take out of it, and burning with curiosity, she ran across the field after it, and fortunately was just in time to see it pop down a large rabbit-hole under the hedge.

(Gosh, what a long sentence.)

The image of a talking, clothed animal–who tells time!–running through our world snags a reader’s and promises some zany adventures to come. With Fire and Hemlock, the story opens with….wait for it…a girl not really packing for college.

But there is magic already at work, if you listen to the heroine Polly:

And, now Polly remembered, she had read the stories through then, and none of them were much good. Yet–here was the odd thing. She could have sworn the book had been called something different when she first bought it….Half the stories she thought she remembered reading in this book were not there…Why should she suddenly have memories that did not seem to correspond with the facts? (4-5)

This begins Polly’s journey back into the memories that had somehow been hidden within her. The “Rabbit-Hole” moment comes in her first memory, when she and her friend Nina are running around in black dresses for a game, get separated, and Polly stumbles onto the peculiar estate of town, Hundson House: 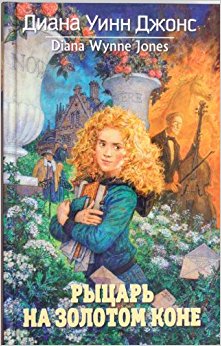 When Polly came out into the open, it was not a road after all. It was gravel at the side of a house. There was a door open in the house, and through it Polly caught a glimpse of Nina walking up a polished passage, actually inside the house…cautiously, she tiptoed up the passage. (12)

Polly finds herself in the middle of a funeral and wishes to slink out, but 10-year-olds don’t always know how to do that sort of thing. Thankfully a young man named Tom helps by offering to take her for a walk out back.

The sun reached the dry pool. For just a flickering part of a second, some trick of light filled the pool deep with transparent water. The sun made bright, curved wrinkles on the bottom, and the leaves, Polly could have sworn, instead of rolling on the bottom were, just for an instant, floating, green and growing. (23)

Here readers get their first clue that this place is not as normal as her Gran’s. She may not be talking to blue caterpillars or playing croquet with flamingos, but Polly’s definitely stumbled into a group of people where “normal” no longer applies. By the novel’s end we discover that Laurel, the woman whom Polly mistook for Nina earlier, is none other than the Queen of the Fairies, and she wants Tom to sacrifice himself for the King of the Fairies.

It’s a slow build from funeral to Fairy Court, and almost entirely grounded in normal places like Polly’s hometown. But the beauty of such a subtle fantasy is that it makes you peer at the stubborn door at your own gran’s, or sneak down that one badly lit aisle of the supermarket, and wonder:

What else is going on back there?

Scent of a Gamer

From the computer to the tabletop, this is all about games. Updated each week-end.

Resources for women writers, interviews with female authors & reviews of books by women

We are the Anti-MLM [multi-level marketing] movement

The truth, my Paparazzi Accessories Experience

The Story of my Experience with the MLM