Three Christmas trees stand in our house, each trimmed with memories old and new.

The oldest tree is a fiber optic tree I bought in my years at boarding school. Its motor to change colors is as loud as a washing machine, but Blondie loves it. She decorates it with all the Peanuts ornaments Bo has given me since we first started dating twelve years ago. The boys have a tree Bo bought during his year of ministry internship. We keep its ornaments mostly unbreakable, as the garland is often pulled off to be rope.

The family tree is a collection of Christmases past. There are ornaments Bo and I have made or received over the past thirty-some years. 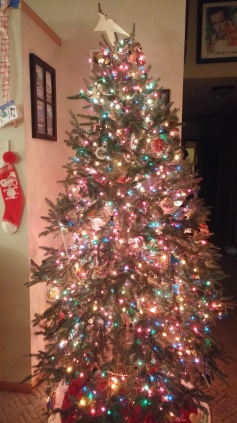 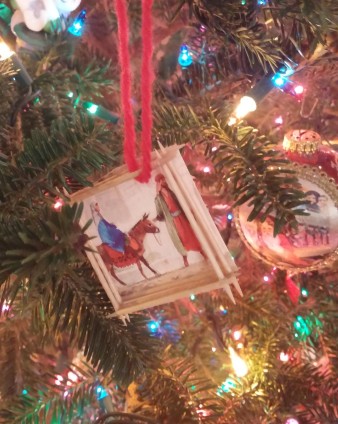 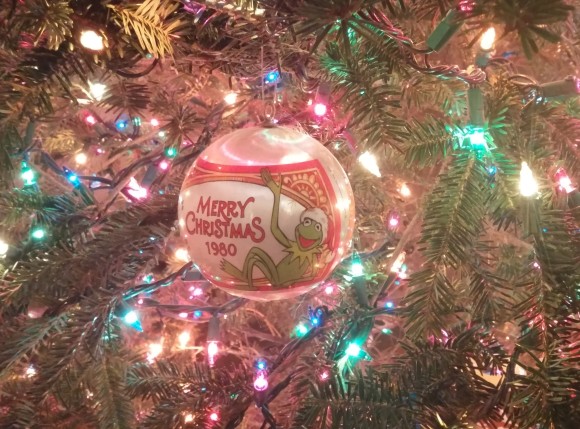 My grandmother made this one by hand. The time, the patience, the steady hand to wrap the thread just so, to pin the pearls and sequins.

When I was young, our ornaments were all packed in a giant stove box. At some point my elder brother and I started a contest to find this glass dove. Some years it was in the first layer of ornaments; other years the fifth.

Some ornaments hang in memory of those who’ve died. When my mother’s parents died, I received their Christmas angels. They always fly just beneath the star.

When my father’s parents died, I received back a few ornaments I had bought them years ago.

Not so much these days.

In the hours before my in-laws arrived for Blondie’s Christmas service, my mother called to sing happy birthday–a tradition. One hour later, she called in tears.

“It’s…it’s Aiden. Oh, Jean, he’s…he’s not with us anymore. He was so despondent, his partner…” sobs.

I stopped breathing. My cousin was just a couple years older, a sweetheart. When Mom faded after “partner” all I could think was, What the fuck did he do to my cousin, I’ll fucking–

“His partner found him. He…he hung himself, Jean.”

The oven declared something, I don’t know why the fuck that timer was even on, just so much God damn NOISE. Fucking NOISE when I all I could do was huddle up in the hallway and cry.

I managed to call Bo. He managed to get out of work just before his relatives came. My sister-in-law takes the coffee I offer her and asks, “So, how’s it going?”

“Not great.” And I find I’m physically unable to make words. Do I just flat out say, “My cousin hung himself, so I’m pretty shitty right now because the last thing I want to do is  talk to people. I want to walk outside in the below-zero snow and fucking THINK, and cry, and let the tears freeze my face because I fucking failed my family.”?

I cringed inside and cried outside while they all sat around the Nintendo or the snack table. After the tenth worried stare I told Blondie that my cousin had died. “So now he’s with Jesus!” She tells me with a hug. My sob shakes her bones.

My elder brother wants me to ride with him across the state for the funeral. I decline. I wanted to sit in silence…or noise, if I wanted. I want to control my environment, however briefly. To have ONE thing under my control. 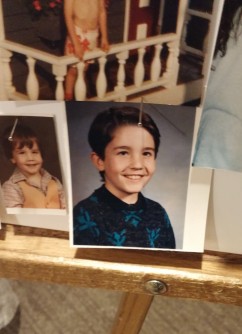 The obituary barely mentioned depression. Was his depression like my own postpartum depression? Bo knew I was sad, knew I was depressed, but he had no clue just how bad it was until I put it into writing years later. He looked at me like he didn’t know me.

When pain is all we know, we don’t realize there’s an alternative. The toddler of a friend of mine often tires of walking because she’s a problem with her hip my friend can’t afford to have surgically handled. The girl’s not a fan of walking or running, and who can blame her? She’s never known the movement to not hurt. Was that life for Aiden? Did life just never not hurt?

Much of my father’s family fell out of contact with Aiden when he opened up about his homosexuality. My uncle didn’t help much: while a kind and funny man, he was also very selfish, much like his wife. The two split not-amicably, leaving Aiden and his sister with their mother in the North Woods while he moved to Florida. Even Aiden’s funeral wasn’t enough to bring him back.

No wonder, then, when I went to the visitation and studied the pictures hung about the room and saw near nothing of our branch of the family. To my shame, it’s only right. The stills of his past were filled with those who were there for him in the present. While I can look back on the warm glow of childhood Christmases spent together, we only saw each other a handful of times in the past fifteen years: I had gone on to school, marriage, and motherhood. I only caught snippets of his struggles with alcohol, relationships, and relations with his own mother and sister. The last time I saw him was at our grandfather’s funeral. We spoke for a long time about faith and love, the insanity of kids–he had been helping raise his nephew. The last I heard of him he even had custody of one because his sister continued to struggle with drugs. 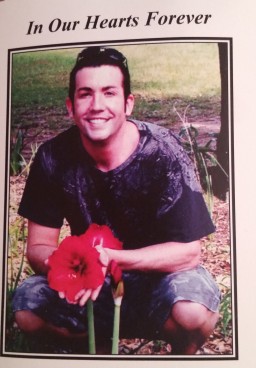 How I wish I would have known of his love of the 80s. Of writing. Of him. Because for all that philosophical and nostalgic talk we never really talked about each other. We never reached for each other.

I have to live with that missed chance now, but I’m not going to let that regret ferment into another poison. NW Filbert once shared this quote from Wendell Berry to me. It’s never fit more than now:

It may be that when we no longer know what to do
we have come to our real work,

and that when we no longer know which way to go
we have come to our real journey.

The mind that is not baffled is not employed.

The impeded stream is the one that sings.

Reach for those whom you love this Christmas. Hug them. Plant a big wet one on their foreheads. Christmas glows not only with light, but with hope. May that hope shine as you call them out of their inner darkness.

Click here for more on the American Federation for Suicide Prevention.