A common writing topic among my adult learners is an argument for better mentor programs among urban and rural youth. The majority of my students have lived many chapters before school: military service, lost jobs, parenthood, health problems, jail time. And in those chapters they had one adult who was there for them while their own loved ones wouldn’t, or couldn’t, support them. Time and again, their stories testify to the power one good grown heart can have in an uncertain life.

Such is the power of a Mentor, an amazing presence one can have in real life, as well as in fiction. 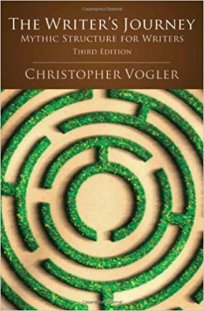 Sometimes it’s not a bad idea to refuse a Call until you’ve had time to prepare for the “zone unknown” that lies ahead. In mythology and folklore that preparation might be done with the help of the wise, protective figure of the Mentor, whose many services to the hero include protecting, guiding, teaching, training, and providing magical gifts….Meeting with the Mentor is the stage of the Hero’s Journey in which the hero gains the supplies, knowledge, and confidence needed to overcome fear and commence the adventure.  -Christopher Vogler, The Writer’s Journey

One element irks me about this Mentor business, though: these characters often don’t get much time to grow. Adults so often come pre-set in Young Adult and Middle Grade: they represent all that’s wrong with the story’s universe, or they’re created soley for cannon fodder to inflict emotional damage on the young hero. Of course those that mentor will provide and guide as Vogler mentions, but when it comes time to act, the Mentor either cannot help, or will not. Even Dumbledore, one of THE Mentors in the fantasy genre spanning Middle Grade and Young Adult, admits in Order of the Phoenix to purposefully withholding information from Harry so he could be a kid for a little longer. Well, that withholding led to Harry dragging his friends into an ambush and Sirius Black getting killed off. So I guess Dumbledore does grow, but it takes, you know, FIVE BOOKS for that to happen.

Why not give the Mentor a chance to grow throughout the plot, right there alongside the Hero?

Diana Wynne Jones’ Enchanted Glass shows not only the power of the Mentor/Hero relationship, but the strength of a story that allows both characters to develop.

Now being a Middle Grade fantasy, the book’s blurb will of course talk about the child character, Aidan:

Aidan Cain has had the worst week of his life. Creepy, sinister beings want him dead. What’s a boy to do?

When you open to the first page of the story, however, you don’t hear about Aidan at all:

When Jocelyn Brandon died–at a great old age, as magicians tend to do–he left his house and his field-of-care to his grandson, Andrew Brandon Hope. Andrew himself was in his thirties.

Say what? Why are we meeting this guy first? 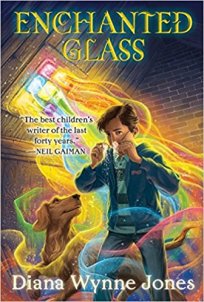 Jones spins the Hero’s Journey round and round and upside down and settles it just the way she wants. In a way, Andrew and Aidan are both heroes, even though Andrew ticks a lot of the boxes for Mentor: he takes Aidan into his home, helps him cope with the loss of his family, protects him from the sinister, teaches him about magic and the curious lives hiding about the town, such as the giant who comes to the shed to eat overgrown vegetables every night.

At the same time, Andrew has to grow, too. When we meet him, he is very quiet and mild. This softie-sort of demeanor makes the grandfather’s staff think they can boss Andrew around.

“And I do hope you’ll continue to work for me just as you did for my grandfather,” he said.

To which she retorted, “I don’t know what you’d do if I didn’t. You live in a world of your own, being a professor.”

“I’m not a professor,” he pointed out mildly.

Mrs. Stock took no notice of this.

They couldn’t be clearer of their opinions of Andrew than in their actions. Heck, Mrs. Stock won’t even let Andrew move the furniture around. Every time he redoes the living room, she spends the whole day moving it back, pissed to blazes at him for taking the piano out of its “hallowed corner” and the chairs and lamps away from their “traditional places.” She punishes him with terrible casseroles, but Andrew just ignores them.

Ignoring isn’t the same as growing, though. We start to see his spine stiffen as he deals with the gardener Mr. Stock (no relation). Mr. Stock is obsessed with growing the best veg for the summer fête, and he uses Andrew’s garden to do it while ignoring the lawn, flowers, trees, etc. If Andrew dares ask Mr. Stock to see about the flowers or lawn, Mr. Stock takes to dumping veg rejects in the kitchen, kicking the stained glass door as he goes, rattling glass panes everyone knows to be exceedingly old…and, as it happens, magical.

The magic in the glass is just one of the many things Andrew does not remember. He needs his own Mentor (found in another gardener, no less) to help him sift through the past for all the vital magic lessons from his grandfather, plus learn about the odd bits and pieces about the field-of-care, like the curious counter-parts, and the strange Mr. Brown who’s taken over a chunk of Andrew’s land.

The climax comes with serious growth in both hero and mentor: Aidan’s able to tap his inner magic to create a fire no invader could penetrate, and Andrew remembers enough of his grandfather’s teaching to summon the powers of his enchanted glass to send the Fairy King back to his own home. Only now, with this success, is Andrew seen as someone to respect, as Mr. Stock admits (to himself, anyway):

He picked up the great marrow and seemed about to hand it to Andrew. Then it clearly struck him that Andrew was too importantly powerful now to carry produce about.

But this victory wasn’t just Andrew’s power, or Aidan’s. It’s a team effort between Hero and Mentor to deal with the Fairy King and his little minions from the get-go until the final thunderclap of magic and acorn flood.

Such is the growth I strive to create in my own characters populating Fallen Princeborn. The protagonists have their own valleys of struggle to walk through, but so does their mentor. He’s forgotten what hope is, and has given up on any sort of change to heal his world. When my heroine arrives, however, and brings a storm of chaos with her, he begins to feel hope again. Experiences hope again. And in that hope, he starts to find the old courage and strength that once held him fast against the enemy.

Even good grown hearts know pain and doubt. They deserve a chance to heal and grow, just like a hero. Heroes of any age want to look up to someone, but they need to relate to someone, too. The Hero’s Journey needn’t be completed by the Hero alone. Let readers walk the Mentor’s Journey, too, and experience a path through the story-world so often left unknown. 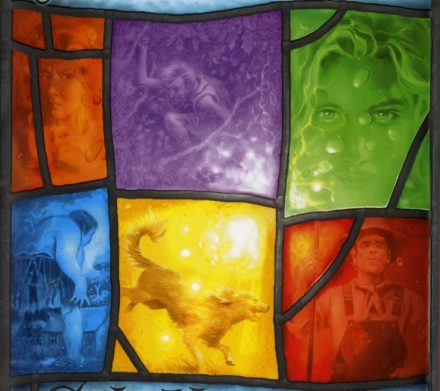 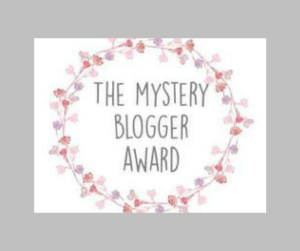