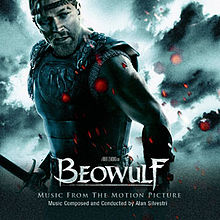 Art speaks with many tongues: language, imagery, and music. I often find the mix of two helps me create the third: for instance, the scores Ramin Djawadi wrote for Game of Thrones helped me shape the story arc of my YA fantasy Middler’s Pride. John Carpenter’s eerie synthesized melodies wracked up the tension in my short fiction “The Stray.” I listen to these compositions and stare at a landscape or portraits of those who inspire my characters, and find life moving forward: the characters speak, the land folds itself as a blanket Biff whips and bunches up to become a mountain.

Sometimes, though, a buffer remains: I can see the story, but I see it as an outside observer. Some stories can’t be told with that kind of distance. The narrator must be a character within the tale. Or, at the very least, the narrator must latch onto a character, out of sight from the others so as to catch all the unfiltered behaviors one flaunts when manners aren’t required.

In other words, I needed a more intimate point of view.

Meredydd sees herself as a legend who only needs a chance to prove herself. She’s got skills and she sure as hell ain’t gonna keep quiet about’em. Here’s an excerpt from Middler’s Pride to show you what I mean:

A day of sun did little to warm the river on their return back. It had been a gloomy wandering, with Tegan chattering like a squirrel, plucking plants and scribbling lines. Oh, she’d call to Meredydd for affirmation about the lushness of the bracken or mushrooms or apples, but that was about it. So Mer sparred the Beaumains in her mind’s eye, vanquishing the entire tribe in one fell swoop.

The trees cradled the sun by the time they returned to the fort, where the old gizzards from Blairlaid’s roundhouse leaned against the fort’s gate. Voices coughed at one another from inside.

Stitchhead’s grin was infectious…seriously, Mer feared the breath coming out of that black-yellow mouth. “And a good evening, your ladyships. Care to dine in the roundhouse tonight?”

Tegan bit her lower lip. Oh for gods’ sake, she quivered, too. Lucky for her Mer stepped in front. “Only if you both can best me in a fight.”

Their laughs were just as disgusting as the captain’s the other morning, and more. Tegan’s eyes grew wider than Mer thought possible. Quivering with fear of disease seemed rather reasonable now. “Just you, m’lady, or your servant as well?”

What, like Meredydd needed help? “Certainly not. She needs a good rest after a long day of gathering.” There. Mer winked at Tegan. Not making her fight was surely a sign of friendship, right? So why did Tegan scowl so?

A small huddle of peasants followed Elle and Wynne from the tumain’s gate. Wynne dropped her armful of bundled something-or-another and stalked up. “Tegan’s a Shield Maiden.” She puffed up her chest at Mer like some sort of proud bird. “And so am I!” Yeah. Shield Maidens swallow their fear real slow, just like you, you brood mare, when you see who’s actually at the battle line. “S-so if you insult one of us, you insult us all. Right, Elle?”

Sure, call for her help.

But Elle was deep in talk with the charcoaler. She waved in Wynne’s direction. “You tell’em, Wynne.”

“Yeah!” So Wynne re-puffed and pouted her lip, because apparently, Shield Maidens can win by out-prettying the enemy. “Apologize, Guard!”

“Just”—Meredydd put the back of her hand to Wynne’s breastbone and pushed—“what do you think you’re doing? Honestly,” the sigh couldn’t be helped, “stop embarrassing yourself.”

I am, um, not like that in real life. At all. I still say little to nothing about my writing life with family or friends because I want to keep my writing free of patronizing head pats.

So here I am, this quiet, keep-your-head-down-and-do-your-job kind of person, trying to write about this pompous jerk of a girl who can’t shut up about herself. How can I possibly see the world through her eyes?

Ramin’s theme for Game of Thrones wasn’t quite cutting it in terms of character. I could see the story, sure, and where I wanted it to go, but I couldn’t see the world through Meredydd’s eyes. Through a legend’s eyes. I mean, she’s got an ego that could rival Beowulf’s.

I snatched up the movie from the library, and knew inside five minutes I had it: Beowulf’s theme was a door into Mer’s head. The dropped beats, the heavy guitar. The choir’s harmonies pound and break like waves against a lone ship in the storm. And damn, that brass! This is alpha music. Power music. Legend music. I listen to this, and I feel Meredydd’s superiority over the common folk. I know her skills. When she imagines what the bards will sing about her, I can imagine the harmony. Mer and Beowulf are both bound in pride, a connection I would have never known if not for Silvestri.

Listen, and witness the legend’s rise.

I love National Novel Writing Month with its “Thirty Days and Nights of Literary Abandon.” Hell, I’ve got a sweatshirt with that very phrase on the back. (This image, in fact. The fingerprints are sparkly!) 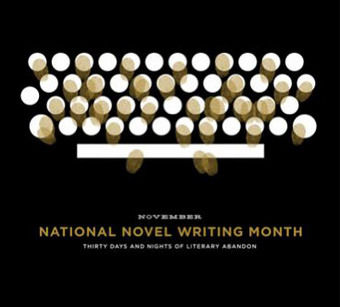 50,000 words in thirty days is no meager feat, especially when one’s arms are literally being pulled from the keyboard. When trains are being launched at the keyboard. When the goldfish crackers aren’t in the right bowl. When a red car goes missing and the screaming won’t stop until you find it. No not that red car, the RED car. THE REEEEED CAAAAAAAR!!! (For the louder one shrieks, the better I will apparently know which hue of red out of the two dozen red cars is the “right” red car.) Despite all that, I managed to crank out 800-1000 words in an hour twice a day, teach some students, and occasionally sleep.

Out of the hundred-some pages I produced every November, approximately a dozen, maybe two, were any good. What a waste, right?

Never. In the writing groove I discovered images of a power and vibrance I never knew were in me. Little touches of world-building just appear with the same magic of Bash walking in with a toy no one could find for weeks, and be damned if those touches ain’t just perfect for the story at large.  Above all, @NaNoWriMo will always hold a special place in my heart because it helped me win the first battle with postpartum.

Some years, though, there is no denying that one more goal, however low-stake, just can’t be added. I didn’t participate the year my sons were born, for instance–already teaching, babies with stereo colic. Blondie asking when we could take the babies back to the hospital.

No. Nursing both boys football-style while talking on a headset about thesis statements was hard enough.

This year looks to be another one of those “don’t be stupid and make it worse–you’ve got enough” kinds of November: teaching, mothering, potty training (dear GOD give me strength), blogging, writing…

This past summer I surrendered myself to fiction: I would write the story of a character based on a world  already created.  In a way you can consider it fanfic–after all, I didn’t do any of the world-building, and the protagonist was a creation assigned to me–but I soon learned that while I was writing in a world already built, my protagonist and her piece of the world had yet to be defined.

Over the past few months, my protagonist Meredydd has marched with me through some very mucked-up territory. She’s also introduced me to her fellow Shield Maiden recruits, each with her own story to share.

Good Lord, I have a series.

The challenge, though, is how to put them in readers’ hands. I suppose I could go the traditional route, or even the self-pub route, but honestly, I just want to share the stories. I can’t work out their marketability without readers, anyway, and writing Young Adult fantasy is a pretty specific niche. I can’t bug kids at my daughter’s school, because that involves using my real name. I prefer keeping my writing life separate and safe, where I can lay out past pain and uncover unknown strength.

Time to Wattpad it up.

Michael Dellert once wrote that Wattpad is “the kid’s table of publishing.” It’s a free platform where writers can post stories and readers can post their comments. No shot at getting paid, just as the wine never leaves the adults’ table. Good thing I’m a near-teetotaler. (Never been a fan of my grandfather’s taste in zinfandel anyway.)

Having readers of age who will tell me what they think, and therefore help me grow as a writer, will be akin to the sweetest of Grandma’s sweet potatoes. Sure, I’d love a massive heap of NaNoWriMo stuffing, too, but there’s only so much one body can take. Wattpad will require a discipline of writing under pressure and sharing rough work with strangers. That plus all the other obligations of life Out Here fills my plate quite enough, thank you.

With book cover and Wattpad banner (it greeted you above the post) completed, I could work on a book blurb.

Which, um, I had never done.

I plucked up Volume One of The Dalemark Quartet. Her blurbs for both Cart and Cwidder and Drowned Ammet are quite succinct. For Cart and Cwidder: “Traveling musician Moril has inherited a cwidder said to have belonged to one of the Undying. Can he learn to harness its strange powers in time to prevent an invasion?” For Drowned Ammet: “To avenge his father’s death, Mitt has joined a plot to assassinate the tyrannical Earl Hadd. But when everything goes wrong, he finds himself on a storm-tossed sea in a bot with his enemies.”

Both fixate on the character and the problem at hand. Both are right around thirty words.

After a humiliating dinner with a suitor, Meredydd sees only a dull life ahead, destined to crush her heroic spirit—that is, until she’s accepted into the Shield Maidens. Surely nothing but glory and adventure await, right? And they do…if Mer can first overcome the most dangerous enemy of all: herself.

51 words, but still: protagonist and problem, fitted together.

Next comes the Author’s Note. I needed to state I would be sharing both character sketches and scenes, as well as when they’ll be published. I also wanted to give readers a sense of where this story came from.

Middler’s Pride sprouts from two places: Michael Dellert’s Matter of Manred saga, and Diana Wynne Jones’ Dalemark Quartet. Dellert’s land of Droma is rich with conflict and beauty, but his Matter of Manred saga only focuses on select portions of this landscape. What begins as a bit of fanfic in his world has grown into its own world and its own characters.  Herein lies the origin of Meredydd of the Shield Maidens.

But what to do with Mer was another matter entirely. That’s where Jones’ Dalemark Quartet inspired me. Each amazing adventure in the series centers on one youth. Often the youth has some serious growing up to do in order to overcome whatever villainy is at work. I wanted Mer to have just such an adventure as well as that growing up. Herein lies the origin of her fellow Shield Maidens, the evil sorcerer known only as the Cat Man, and the most elusive, destructive enemy of all:

So you see, I can’t do NaNoWriMo this year. Next year, perhaps, I’ll happily lose myself in thirty days and nights of literary abandon. Until then, enjoy an adventure or four with Mer and her comrades.

Click here for Middler’s Pride, and here for my Wattpad profile.