While I often use music to enter my hero’s head or work out a new voice, music also has its uses for entering the dark side, too.

In writing my Shield Maiden stories, Meredydd had a mix of antagonists: parents, fellow recruits, captain, and herself, too, but this was all due to her own ego and narrow-mindedness. Only the giant snake created by the Cat Man was a bona fide bad guy with a goal: poison everyone.

With the snake dead, though, I realized Beauty’s Price couldn’t follow the same formula. Wynne really is up against her family, who sees a marriage to the obscenely wealthy Prydwen as a win for everyone. No one seems to mind that Prydwen has more wealth than any law-abiding trader should have, hasn’t aged in over ten years, and insists on marrying all five sisters or else. Wynne’s family sees money and status, and therefore success.

Wynne, who already loves someone, sees no joy at all.

But I didn’t want this conflict to be like another Beauty and the Beast, where Gastan just looks great and wants Wynne and Co. simply because they’re pretty, too. There has to be a reason.

I needed to see what Prydwen sees when he looks at Wynne. That begins with getting him out into the open , to see him interact with Wynne.

His movements would be slow, smooth, calculating. One who moves about in plain sight with ease, whose true gifts are only discovered when it’s too late.

The music needed to stay fantastic and period, so I dug through the scores of Legend, Chronicles of Narnia, Cadfael–no luck. Nothing, not even the White Witch’s music, had that right touch of creeping, subtle menace. All I could hope was in a big enough mix of albums I’d stumble upon the right theme.

And wouldn’t you know it: on the last day of the boys’ school, I found it.

The rhythm slithers on the ground. The melody distracts, draws attention away from the percussion so we think nothing when it fades only to return, stronger, faster, surrounding us, defeating us.

One heartbeat later, and the horse jingled into view at full gallop. The rider pulled hard upon the belled reins, stopping it at the garden’s edge. Beast and master shone with golden hounds embroidered upon crimson cloak and covers. Rings of red and orange gems glittered round every gloved finger. Such wealth displayed with such ease and without a single guard felt wrong, very wrong.

I could feel his gaze upon us, unrelenting as the sun in the heat of summer. If not for the horse’s content chewing, I would have screamed but to break the silence. “Pray forgive me, but I feel as if I should know you both.” He clicked his tongue, and the horse closed the distance between us. I could see every thread of his hounds, down to the points of their teeth. He had approached me, so there was no choice: I had to look up at his clean, polished face. “Perhaps my business has brought me to this town in the past. My memories are not always my own.” His smile revealed teeth white enough to be pearls.

No lord looked so perfect, not in body or status.  …. “You, more than the boy, are far more familiar. I am now certain I have met you before.”

No, you are wrong! I wanted cry out, to leap into the Galene and beg sanctuary, but my mind, curse it, thought otherwise. “Perhaps you think of my sisters? They meet many who do business with my father, Master Adwr.” Surely he was thinking of them. Let him deal with their Sly Accidents before his horse, forcing him to carry them in all weak and wounded and be compelled to attend them. Let them coo and paw upon his chiseled jaw and ringed fingers. He can have their choice of them, for all I cared.

“Sisters?” He swallowed the word down. My own stomach burned. “How many?” The question came hard and fast. No smile, however warm and easy, covered the odd strike that came with such a question.

Yeah, why did Prydwen care about there being five sisters? 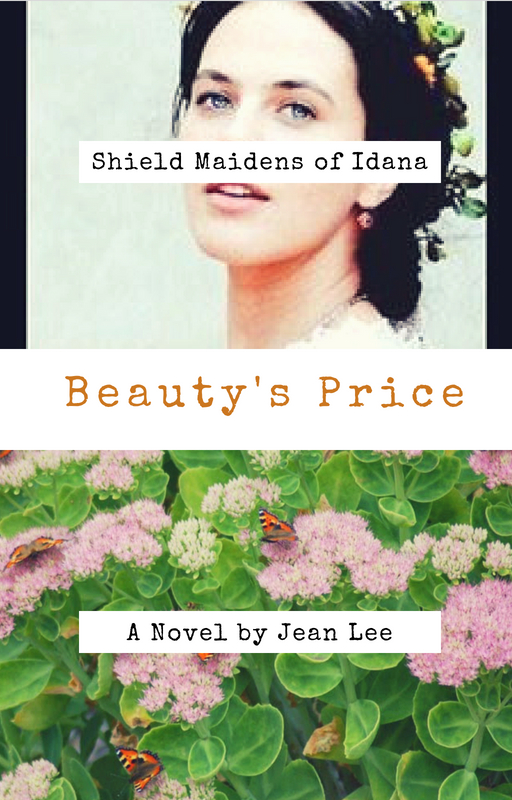 When I  initially brainstormed Beauty’s Price, I liked the idea of five sisters because it mirrored the Bennets of Pride and Prejudice. But when I met Prydwen, I could see he had a thing for five: five identical jewels on each hand. He later comes with five guards. He jumps at the knowledge of five sisters. There’s something about the number of a thing that suddenly makes that thing matter. Considering his wealth, that need is related to power: the number 5 is powerful to him somehow. The more collections of 5 he gathers, the stronger he gets…

…and I could see a moment where a collection is broken, and the rage that rises. He cannot afford to lose a set, any set. I could see a moment in the story, far and away, where Wynne steals a horse to escape. I can see him standing upon the hillside, watching as she gallops off in the rain, pounding rain, yet he can spot his crest upon the horse. His horse. The wretched girls who have clearly influenced her against him, terrible friends, and only three of them, not a good number, they made her take his horse and they’ll never give it back. He can see them stop on the other side of the valley. They can see him as he moves to another steed of the collection…and stabs it through the throat. One after another, until the remaining horses are dead.

Prydwen’s nature and motivations fascinate me. I’m determined to pull them out of hiding, but his inner self is like Gollum, a silent master of caves, impossible to find on purpose. Djawadi’s score tripped me into the right tunnel. Now we sit, he and I, with our riddles in the dark, watching the other, waiting for the words that betray a weakness. I will not let my villain beat me at this game.