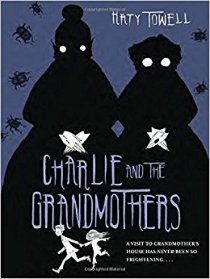 I recently finished Katy Towell’s Charlie and the Grandmothers, a spooky story about a boy and his sister sent to visit a grandmother they never knew they had. It’s a tale of children forced to become heroes in the face of losing family to an evil no grown-up ever seems to notice.

Not exactly an original plot line, but for the record, it was the perfect touch of creepy while driving to visit Bo’s grandmother.

The story actually put me in the mood for the soundtrack to Coraline, a lusciously eerie stop-motion animated film based on Neil Gaiman’s award-winning book. Scored by French composer Bruno Coulais, the music embodies innocence, adventure, malice, terror–all of which comes together to create what I’d like to call “dangerous whimsy.”

The opening music is brilliant for this. I could certainly say the visuals add to the eerie factor, but let’s just focus on the music for now.

Strings play a major role throughout Coulais’ score. They are often light, be it the pluck of the harp strings are the airy-melodies of the violins. There’s an assured delicacy to their movements, like spiders upon their webs. Brass is rarely applied.  Children sing harmonies in major and minor keys using French gibberish, which has got to be one of the most gibbery gibberishes there can be.

Two particular stars shine more in this music than anything else, I think: the harp, and…and that sound…darnit, I wish I knew what it is! It’s like the sound of one’s wet finger moving round and round a glass’ rim: a note, but not quite.

The harp follow Coraline as she explores her new home, moving as her child feet through all the boring rooms of the house and eventually discovering the little door behind the wallpaper.

Coulais made a brilliant choice in keeping the harp and singer separate from the rest of the orchestra: the audience is seeing just how alone Coraline is as she struggles to find what could make this new home worthwhile. There’s also the loving touch of whimsy here as she explores the house, what with the harp’s off-beat touches and major-key melody.

But then we are taken through the door, and we meet the Other-Mother.

Here Coulais uses chimes, piano, and of course, those children singers. This time, though, their key is minor, turning all the harmonies into something…off-putting. That sound of the fingertip on glass hums ever in the background, making the music itself feel just slightly unreal. A xylophone and finger-cymbals keep the feel of the music light and playful, but all the harmonies are now in a minor key. The playfulness is gone, replaced with a sense of wonder, but wonder that one wants to step away from instead of toward.

Such is the joy of dangerous whimsy. Of course whimsy is a bit of the fantastic, a bit of fun. A bit of youth, and a bit of innocence. Dangerous whimsy is the whimsy that hunts the youth and innocence, luring with the fantastic and the fun to…well. The Pied Piper of Hamlin lured children into a mountain. Grandmothers lured Charlie into imagination mines. The Other Mother lured Coraline into her web of wonders to take her eyes. And because this is all whimsy, adults are either blind to it or duped into compliance with it.

Our stories’ heroes deserve a world of wonders in which to both thrive as well as struggle. Whether your hero’s 38, 18, or 8, the villain–or even the setting–must engage the hero. Distract the hero, entice the hero, scare the pants off the hero. Whatever you do, the hero can’t know for sure what’s going on until she’s in too deep to stop. Give your hero a show of whimsical wonders, and she’ll never know the malice that creeps beneath.

Can’t open the music files? Special thanks to @ZoolonHub for finding a link to the soundtrack that will open outside the US. 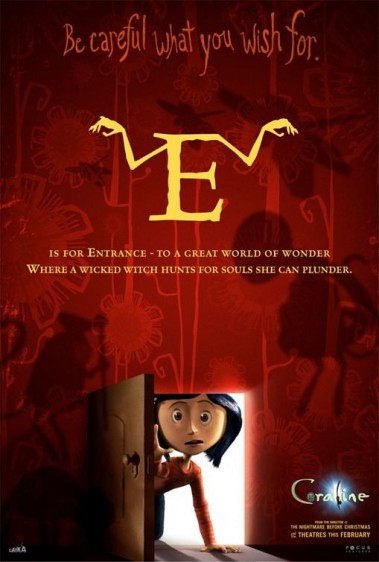