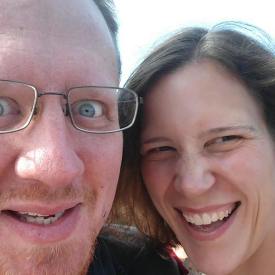 This week I recruited a certain special someone to help cover this particular post. Bo’s been a fan of the Universal Monster films since childhood, so when Universal announced a “Dark Universe” series of monster films, we…weren’t that thrilled.

We first discuss what kind of character would have been a far more fitting choice for introducing an audience to this “new” universe.

Next, we go into the film/book industry’s obsession with investing in a story series instead of standalone stories. It gets us going on a comparison between the beginnings of the 2017 film vs. the 1932 version with Boris Karloff.

I then jump to the ending, and Bo patiently works me through my agony of an Egyptian god being defeated solely by Tom Cruise being Tom Cruise. “The Power of Cruise Compels You!”

So, as writers, what can we learn from this film? Bo reflects on this cautionary tale of a cinematic debacle.

Aaaand my recorder gave out. 🙂 Bo and I manage a little sum-up before it dies again.

Do not make the same errors in your story-world as these Dark Universe creators: don’t let the Power of Cruise compel you to think of the universe’s marketability instead of simply telling a good story.

Thank you all for listening this Halloween weekend. Think I should have Bo come back again?

43 thoughts on “Lesson Learned from 2017’s #TheMummy: Don’t Put the Dark Universe Before the Story.”