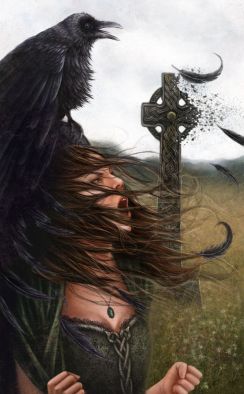 There are those songs that evoke a moment with such clarity that the world cowers behind a fog of silver. The universe narrows itself until all is void but for this bare ground and air, where beasts and heroes entwine. Such is “Fire in the Blood”–when done right.

I have used music from the score Lawless before, which also contains music from an artist I’ve used before, Nick Cave and Warren Ellis. But “Fire in the Blood” is different. Not only is it used three different times on the score, but it’s sung by two different artists with a different twist on it every time. Ralph Stanley’s weathered voice brings a nostalgic atmosphere with the lyrics. Nostalgia is not what I need.

Emmylou Harris’ first version is sweet and mild. The strings move fluidly as the river, indefinite as to melody or climax. Harris’ voice moves as footsteps across a river’s stones, guiding one to the meadow where fingers run through blades of grass and rake fresh earth.

But I do not want sweet or kind. I need a heart beaten and crippled and thrown into the corner. I want that cornered creature to look up wide-eyed in anger and panic, knowing the only way out is through the beast.

Here, the strings have soured in dissonance. Bows scrape indefinite sounds intended to be music. Harris’ own voice has gone widdershins against the wind, all harmony lost, its beauty not gone, but no longer what it was.

In this brief minute, I saw one of the turning points for my heroine Wynne: the moment her true love is captured by the wealthy, mysterious Prydwen, and crippled before her eyes. 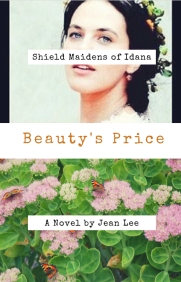 Snarls rumbled in the low branches. Swift, eager sniffs and snaps of jaws. “Y-you c-c-c—“ I needed to speak, but fear found new footing inside me and crushed my heart. I struggled against the hold of that guard, but he was so bloody strong I could not break free. Oh for a weapon that day! “You can’t!”

A row of five muzzles broke through the foliage. I saw their lips quiver against yellowed, pointed teeth. Prydwen’s hand remained up. “Can’t I?” He snapped his fingers.

Prydwen snapped again, and the hounds dropped Morthwyl and ran into the night.

Blood rained from Morthwyl’s lips as he spoke, “No one will believe your story, I’ll tell the—“ Prydwen’s hand clamped Morthwyl’s mouth shut, and that smooth face stretched into…into I know not. Something unreal, un-right. “You will tell no one. Your very body will keep my secret for me. Such is the magick I know. I can guide your hand to drive a dagger through your chest if I so choose, but this gentle,” he shook Morthwyl’s mangled limb, “reminder should be adequate for my bride to understand her proper place.”

Morthwyl was breathing through his teeth, growling like the animal I knew Prydwen to be. How dare, how dare he do such a thing, but I…I felt so, so powerless… “Leave him, please, just leave him alone,” I was begging, and did not care, and crying, and did not care. He had broken and bewitched my love’s body. What hope could I hold for escape, for a future?

Prydwen arose. He brushed mud and scraps of Morthwyl’s leg off his cloak. He ran those ringed fingers through his hair, and at once he became the elegant tradesman of mystery my sisters swooned over. “Leave him alone, after my own hounds did such a thing? Not at all, my Lady. No, I will ensure his family is handsomely compensated for my beasts’ mistake, and that the boy wants for nothing. I will have a guard visit his home every day to check upon his health, his needs. He will be under my ever-watchful care day after day, year after year.” He stared hard at his own palms, then sighed deeply. “There is simply no other recourse. I care not for this, but even now, I see it in your face. You would betray me, even with such a gift lain at your feet.”

“A gi–!” I could not finish. His palm smelled of Morthwyl’s sweat and tears. To taste Morthwyl like this, and fear it the last!

“Your lips cannot speak of what has happened. You can only say you found the smithy’s son on your way to visit me, your betrothed. You cried out, and because of you, this boy will not die. Is that not so?”

His eyes burned as the slaver’s brand. He was burning me, burning my soul and heart for his own, his hate and want so powerful, too powerful for my love, too young love, I had to let Morthwyl go to save him—

—and yet something stirred in those ashes Morthwyl’s magick left in my mouth. Something new in me that I had not yet known found my heart, called it out of hiding for a different hope:

The hope of vengeance.

Find your hero’s song of vengeance. They will need that fire in their blood to conquer all you’ve placed in their path.